Saturday 23.01, a Rebel Up & Friends livestream session with Deejay Backstabber at We Are Various radio in Antwerp. Tune in from 16-18h BE time for a flurry of spiritual healing folk, rooted jazz, global sounds and bass, VINYL ONLY.

You can relisten to the sets here:
1st hour SebCat

The Paradise Bangkok Molam International Band
The band plays vintage molam music from Isan, in the North-East of Thailand, with a 21st century twist. Featuring Kammao Perdtanon on phin (Thai lute), Sawai Kaewsombat on khaen, a type of bamboo harmonica, and backed by Piyanart Jotikasthira on bass, Phusana Treeburut on drums and Chris Menist on percussion the band have just completed a successful 2nd tour of Europe. Whilst based on the traditional molam sounds of Isan, the band also draw out the trance-like qualities of the music be it the repeated motifs of ‘Sao Sa Kit Mae’ lead by Sawai’s ethereal khaen, or the driving grooves of ‘Lam San Disco’ where Kammao’s psyched out phin comes to the fore. Rooted in tradition yet with an eye to the future, The Paradise Bangkok Molam International Band have already made waves on the live stage, and their first studio recording very much continues in the same vein. Chris Menist and Maft Sai are also behind the highly acclaimed ‘The Sound of Siam’ compilations on Soundway Records, as well as releases for Finders Keepers, Light In The Attic and their own Paradise Bangkok label.
https://soundcloud.com/kartel/kwang-noi-chaolay/s-R2Y3h

8€ in
From 22h til late
more info, see OCCII site or FB event

Yesterday we got asked by Recyclart to fill in a last minute dj slot tonight due to a cancellation by Dom Thomas.
From 23:00- 0:00 we will fill in with a pure Rebel Up Thai dj set inside the Recyclart.

Check out this lineup! > the amazingly exotic Paradise Bangkok Molam International Band (Thailand!), Kriminal Hammond Inferno (BE), our good buddies Maga Bo (BR/US) & Lowdjo (BE) and an outside live set by Lapin Cru (BE)

The Paradise Bangkok Molam International Band brings Molam folk & lovely Thai party music from the ’60s and ’70s in a modern sexy sound. DJ’s Maft Sai and Chris Menist put out reissues on Finders Keepers and Soundway and as a result of the succes, they formed this Thai live band. Smong the musicians there’s the 72-year old Sawai Kaewsombat on khaen mouth organ and Kammao Perdtanon aka the ‘Jimi Hendrix of the Phin’ (thai guitar lute). These 2 icons of the Molam sound of the Northern Isan region of Thailand are accompanied by young percussionists and the DJ’s.

All info about the night here. only 5€ in!

ohlala, thank you all for coming out last saturday, we raised 140€ for Seed Samburu, big up!

last monday our Rebeluppalite dj SebCat did a radio session in the Radio Taxi programme at Urgent FM student radio as part of Rebel Up!/Brussels Up special with buddy dj Leblanc. We arrived 10 minutes late because of a minor car accident. Listen to it here >>>

Thanks Utrecht for coming out in BIG numbers for our *Polska Rootz* night Saturday, it was a FULL house blast! More of that please 🙂

For all of you thinking that folks in the Far East know nothing of latino music, think again! The Bolivian Lambada song taken into Thai spheres. What shall we call it; molam-bada or mo’lambada? 😉 swing!

No, not a Rebel Up! night (we got ours on Saturday, that’s good enough), but a MKM night @ OCCII!.

Some really fresh history to that; last night I went to see Robert Millis, a long time Sublime Frequencies collaborator and therefore a fine soulmate of us. He gave an excellent viewing of his road movies My Friend Rain (Birma) and Phi Ta Khon (Northern Thailand) that he made together with fingerpicker/guitarist Sir Richard Bishop.
Only 5 people were there, including OCCII staf. Such a pity and people missed out BIG time. The Subbacultcha evening seemed more important to some (even though that one went on till late).

Along with some limited Molam ISAN & Tamil Nadu cdr-s and his Phi Ta Khon movie, I also picked up this Victrola gem. wow!

Tomorrow at the MKM night with Orchestre Tout Puissant de Marcel Duchamp, Robert will be playing under his Climax Golden Twins moniker, definately worth it, so don’t miss!
info of the night hold & belowwwwwwwww > > > > > > >

ORCHESTRE TOUT PUISSANT DE MARCEL DUCHAMP (Geneva, Swiss) *
Just like the artist in whose honour the band is named, Orchestre Tout Puissant Marcel Duchamp like to fuck with the conventions of pop just as much as the Dadaist Duchamp liked to fuck with the conventions of art, throwing up double bass, electrified minimal guitar, trombone, drums and a singing violinist where more conventional bands would stick to, well, you know, conventional band stuff.
Don’t let that suggest a pile of arty nonsense though, because Afrogarage and NAP are pop tunes. Yes, pop tunes that sound like Marcel Marceau wanking to jazz funk, but pop tunes all the same. Check out the slap bass intro and jazzy whig out of Afrogarage and the folky strings and marimba rhythm of NAP for all the proof you need that this is a band 17 steps and 3 scotch eggs ahead of the party. 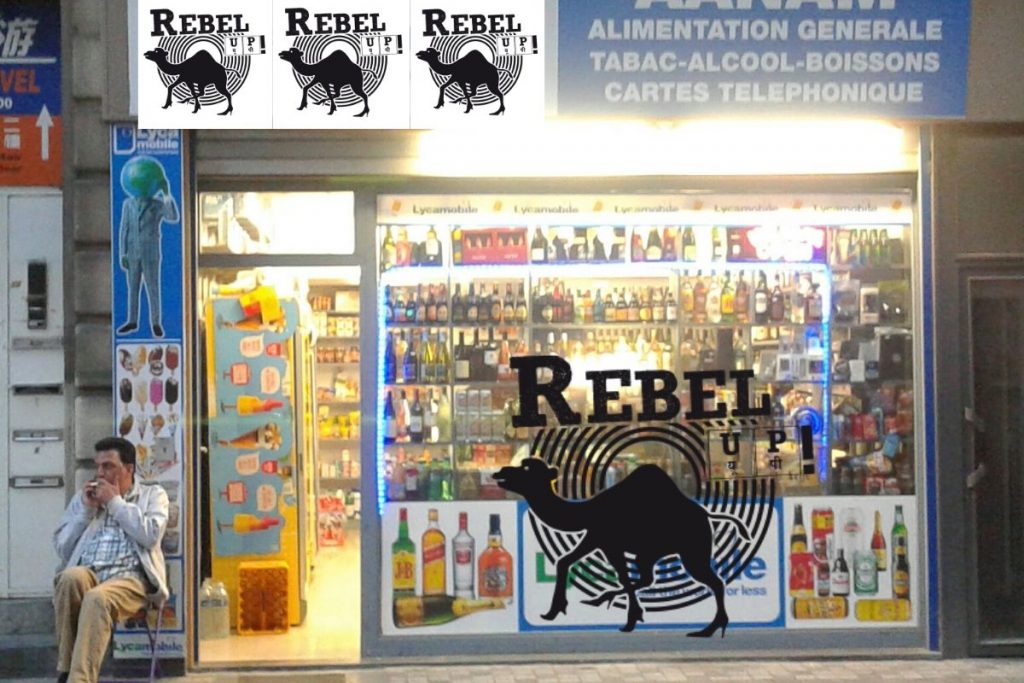