The latest project by belgo-moroccan producer Reda Senhaji, alias Cheb Runner, focuses on breeding a new style of music between electronics and Gnawa. Taking inspiration from New Beat to Techno, Acid House and Gabber, the grooves are relentless, stiff and club oriented, relying heavily on analog synths and drum-machines. The sound is darker, more experimental and mature than his previous Gan Gah project.

In a world of dematerialized culture, we tend to forget where we come from: by putting Gnawa music at the center of his production, Cheb Runner creates a bridge with the past. The young producer is a son of Gnawa himself, this is the music he grew up with and played as a kid.

Cheb Runner digs into the acoustic sounds of his youth, for an organic feeling of warmth and celebration. The syncopation of the classic Gnawa percussions, known as the “Tagnawit”, its groove is undeniable. Featuring two traditional Gnawa singers based in Brussels, Mâalem Driss and Mâalem Hicham, the EP is a reunion for the belgian Gnawa scene, keeping the vibe alive. 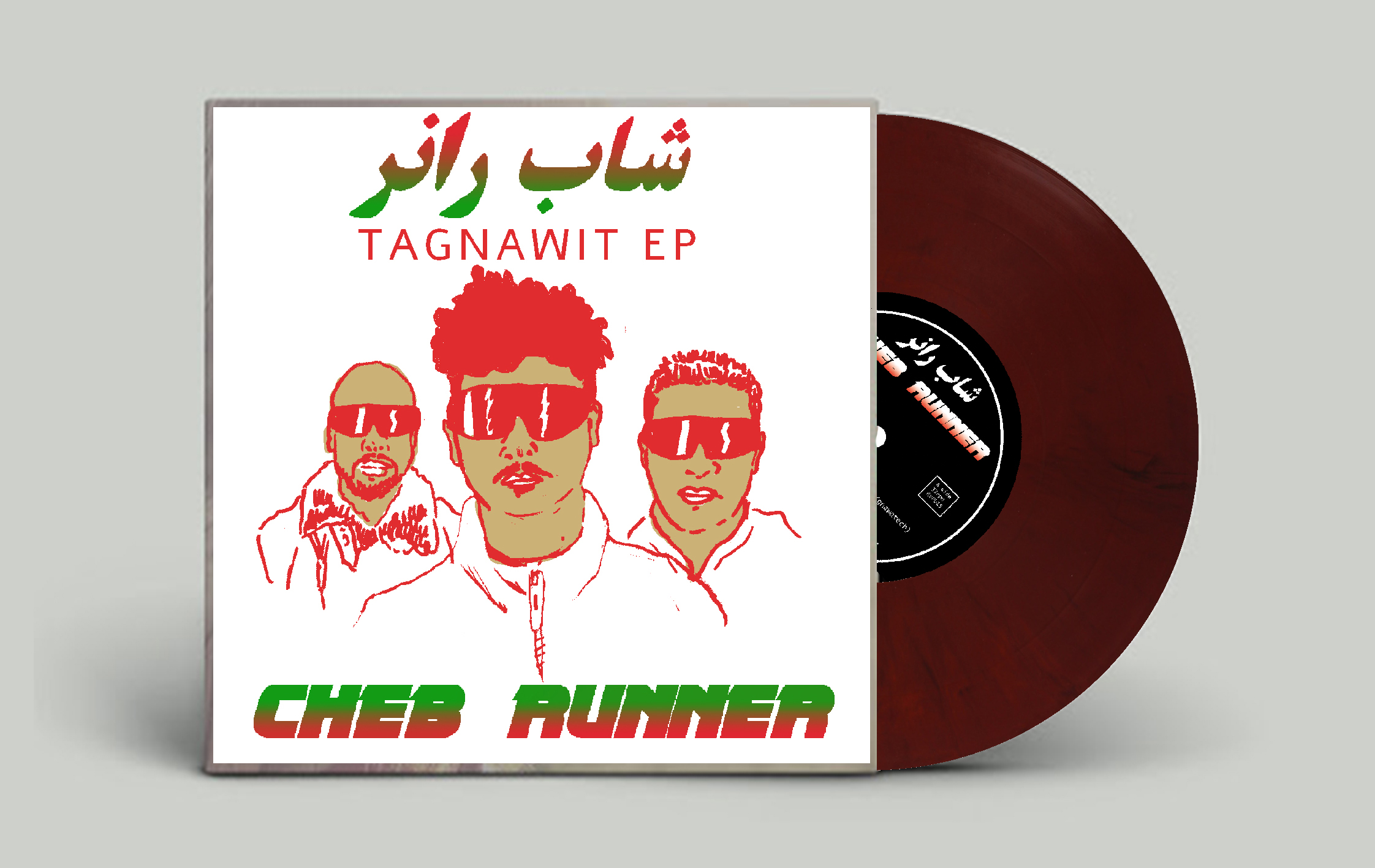 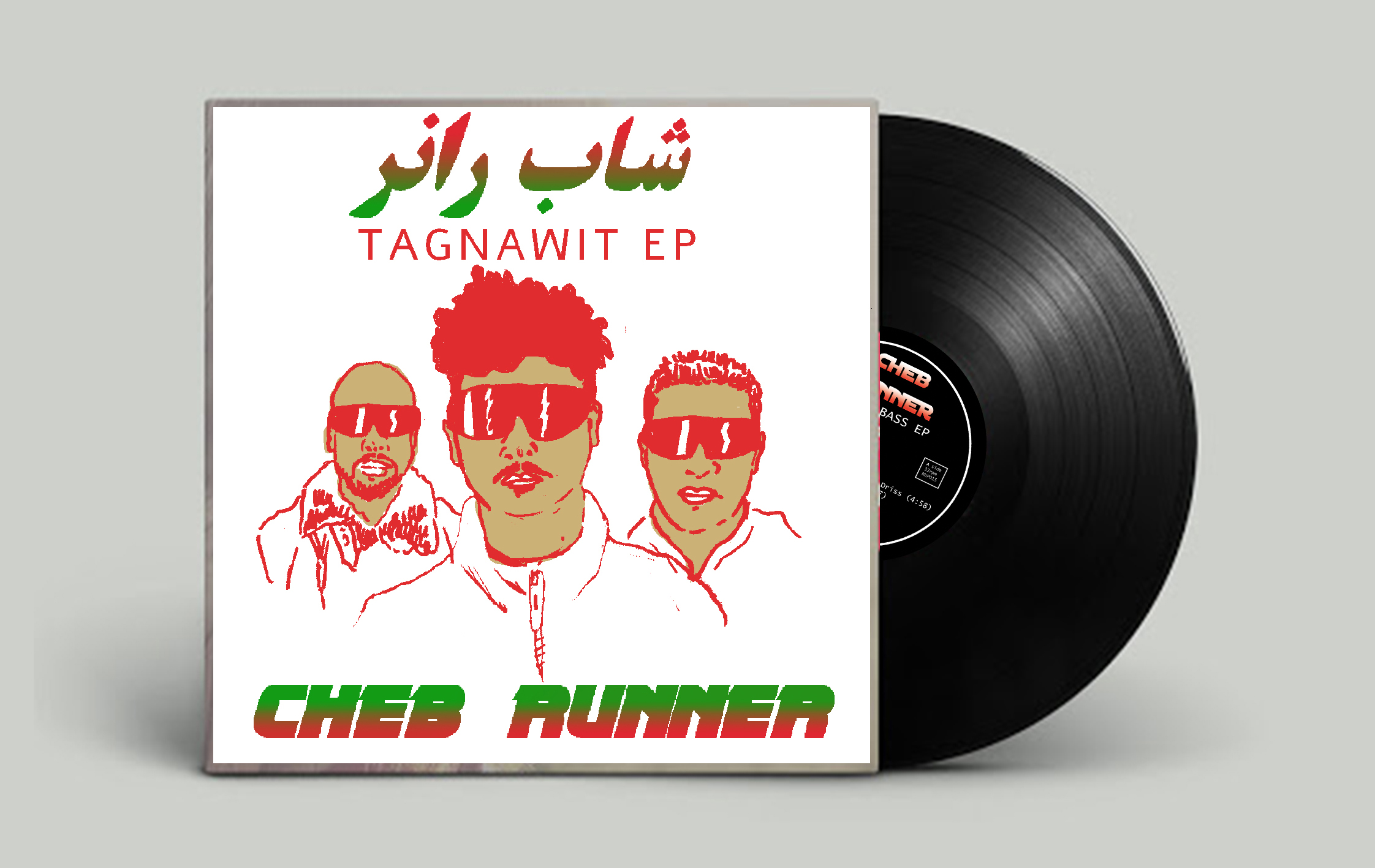 Also on 11.03, double release concert at Botanique by Ozferti and Cheb Runner >
an audiovisual evening fusing electronics, jazz and hiphop with African and North African influences

Ozferti & live band
Ozferti is a character created by the French beatmaker / musician / illustrator Florian Doucet, is the embodiment of this universe. Call it Afrogrime, Ethiohop or Nubian bass, the Ozferti’s music is a rich melting pot of ethiopian/eritrean /nigerian vibes mixed with elements of electronica, jazz, hip hop and bass music. This is the debut of the Ozferti live band, one that will travel far and long!

Cheb Runner
From Morocco to Iraq, he carries the fresh beats to quench your dancing thirst. Whether you need your fix of old 4 to the floor disco beat, or crave for some complex arabic polyrythms, Cheb Runner (known from his previous artist name Gan Gah) is your guide to this electronic oasis. Combining grooves from North Africa & the Middle east, moroccan wedding music, and the deepest Club Music, he will make you dance with his warmup set!

Incredible video mapping by Maria Ilia and live dancers on stage throughout the night!

hello!
this wednesday, double Rebel Up evening. take your pick or do both 🙂

and in the evening, Rebel Up is supporting as dj warmup at concert night in the Ancienne Belgique.

◊ FANNA-FI-ALLAH
This seven-man company from Pakistan & Canada is celebrating the Pakistani qawwali tradition – an ancient form of Sufi religious music from Asia – such as Nusrat Fateh Ali Khan did in the 80s-90s. And although they have been active for 20 years, the band seems to break through this year with a wider audience.

◊ RUDRESH MAHANTHAPPA & the Indo-Pak Coalition
Pitchfork recently described his style as ‘jaw-dropping’ and called him ‘one of the finest saxophonists going’. AllMusic also lauded and titled: “One of the strongest voices of the jazz scene.” His latest album ‘Agrima’ reflects ‘the vibrant presence of Indian rhythmic and melodic elements in a charged, modern improvisational framework born of the New York jazz scene’.

his friday, double action in Brussels.

Starting in the Magasin 4 with the concert of Ifriqiyya Electrique and Osilasi with Rebel Up Nightshop dj’s as support.

Adorcism. Your personal DEMON possesses your BEING, and this for ALWAYS.
IFRIQIYYA ELECTRIQUE is a project apart. More than a concert, it is the true adorcist ritual of Sidi Marzûq practiced by the Banga community. Music recomposed with electric guitars, traditional instruments and computers, a transcendental and post-industrial ceremony.
www.ifriqiyya-electrique.org
video

Duo made up of Léa Roger (Guili Guili Gulag / Félon) and Célia Jankowski (Vitas Guerulaïtis / Flies Rattle / collective H.A.K.). Influenced as much by traditional music as by experimental music, OSILASI creates a narration with extensible contours, playing on sound dynamics, rhythmic shifts and modulation in repetition. Their music oscillates between interiority and physicality, always in tension, always on the wire. “One can refer to a fine blend of post-velvet experimentation, spiritual free jazz, French folk prog and Malinese music, but that would equally distract one’s attention from their wild beauty and imagination.” (Kraak Festival)
https://soundcloud.com/osilasi
video

the same night, Rebel Up SebCat will spin at the Cafe Maison du Peuple, together with Colombian Brussels dj Sudakah.

Expect a flurry of cumbia, afro latino bass, colombian sounds, afrobeats and much more.
FREE IN

Before & after dj set by Rebel Up SebCat, in tropical, experimental, transcendental, psychedelic & raw moods.

A Royal Family Tradition of Rajasthan

The Abdul Gafoor Kawa family is a very ancient family of classical musicians in Rajasthan. Irshad Kawa was born in 1987 in Jaipur, Rajasthan. He started singing Indian classical music ” Khayal ” with his grandfather Ustad Abdul Gafoor Kawa Sahab & with his father Ishak Ali Kawa & his uncle Amanat Ali Kawa. After this he started to sing qawwali music with his brothers Nishad Ali Kawa and Harmoniyam- Imran Khan Foga ). Irshad Kawa gave his 1st performance with “ Irshad Ali Qawwali Party ” in front of the President of india Dr. ApJ Abdul Kalam, the biggest scientist of India.Nishad Ali Kawa started playing Tabla when he was 3 years old. Imran khan plays harmonium with Nishad and Irshad since they were children.

For all info, see Art Base site