We’re proud to announce that this Friday evening we’ll be playing a special dj set at the historical Grand-Hornu mining & exposition site as part of a UNESCO night to celebrate the fact that Grand-Hornu has been added to the UNESCO World Heritage List. The site has a long history in coal mining, attracting many migrants from Wallonia and Flanders, as well as many immigrants from eastern and southern Europe, all in search of a better livelyhood in the 50’s & 60’s. Check the French or Dutch wikipedia pages to get full info on the mining site (which by the way lies very close to the Dour festival area).

So, time for a party and they asked us to play some global sounds.  We’ve settled on doing a special concept set filled with miner’s folk songs to pay respect in sound to the flemish and wallonian laborers and many other migrant workers that have passed through Grand-Hornu such as Polish, Greek, Italian, Spanish (Asturian), Portugese, Turkish and Moroccan communities. Expect a set filled with vintage folk, socialist songs, folkloric dance diddies and some modern sounds, all focussed on Belgian, eastern and southern European spheres. Our 2 hour set will be from 18:30 till 20:30, should you want to be there.

Apparently, Belgian prime minister di Rupo will be there as many other politicians, bobo’s and vip’s. Not really our nomal crowd, to say the least. We have no clue what the deal exactly is about this evening being open to the public or if it is by invite only, see the Musée des Arts Contemporains (MAC) de Grand-Hornu site for more information about the expositions and more, though no info can be found about this Friday 7th. At least we can tell you that the site is free and open to the public on Saturday and Sunday as a celebrative gesture….. 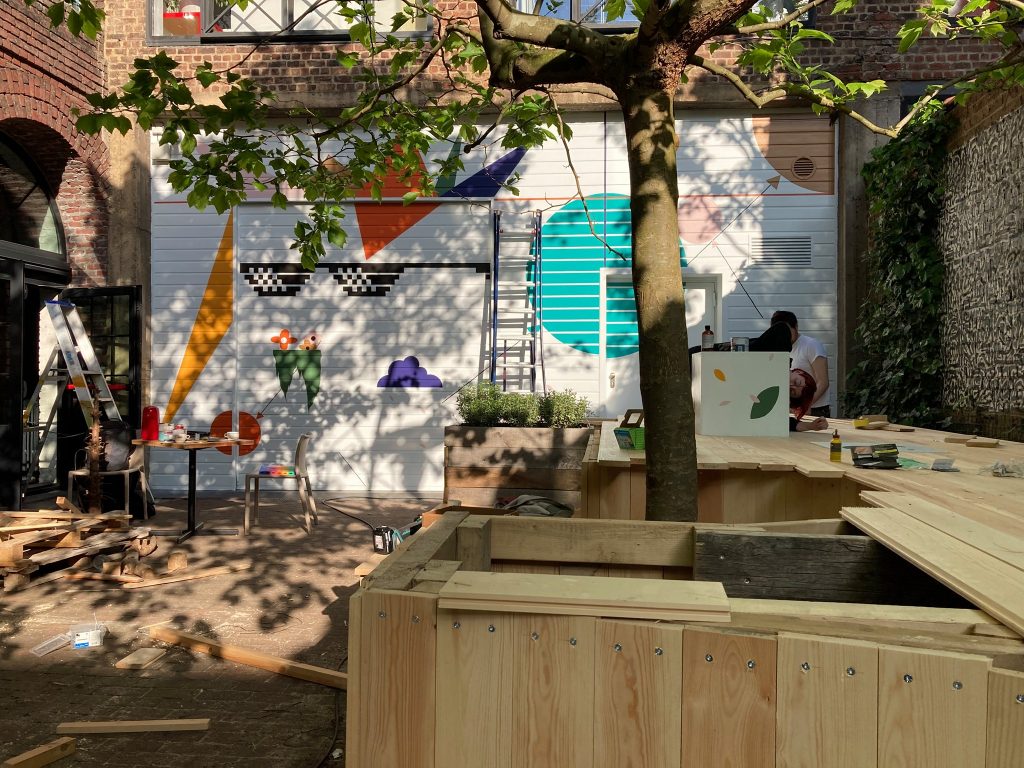