We hope you doing fine during this ‘deconfinement’ stage, slowly getting back to normal life. Artists worldwide are still in serious limbo, with no concerts, parties and festivals happening this summer up to september, meaning many of them will continue to have no income from their art for the next few months.

Today Bandcamp again waives their commission fee in support of artists and label, which they will do every 1st friday of the month during this crisis and the summer.

If you would like to support our label and artists, please see our catalogue.
We have lowered prices on many digital and physical items, check it out!

This friday night, Rebel Up curates the opening night of the Art Truc Troc festival at Bozar museum.

Art Truc Troc & Design is a yearly art festival under the motto: “Support contemporary ART, recycle your TRUC and feel free to make a TROC ”.

A large selection of artists will present works made from recycled materials or around the theme of recycling and of the great environmental challenge. Plus many workshops that raise awareness of environmental issues and recycling will also await you in the exhibition.

Rebel Up curates the opening party with DJ’s and an art expo around the dj booth by Brussels artists Yaya Recycle and Pierre Ow.

We invited our good friend, dj & producer Ion Din Anina from Sevilla, Andalucia, Spain. Ion din Anina is a multi-faceted DJ, producer and organiser of amazing global parties in Sevilla and around. Music of the past, present and future; from traditional global music to new electronic currents, spanning from Latin America to the Carpathians; generating a global sound where the rhythms of this and other planets have a place.
Soundcloud / Mixcloud

Special guest:
☾☾ Mango (NL / Baobab Music)
Dutch roots but a global soul, Mango has been actively promoting and Djing with the Baobab Music Foundation since 2014. Having started in a humble venue, Baobab has now spread throughout the Netherlands and further afield with the main goal of sharing his diverse musical taste. With a vinyl bag that’s constantly changing, he keeps his sets interesting and worth listening to time and time again. Expect a 100% tropical vinyl set.
https://www.mixcloud.com/Baobabmusic

23h til 6am
☾ FREE ENTRY. OPEN UNTIL 8AM.
☾ Sound powered by Void Acoustics
☾ Every soul is welcome no matter what
☾ Stop making noise outside! People tryin’ to dance at Bonnefooi

Rebel Up Nightshop radio show, episode #61, as broadcasted in May 2019 via Radio Campus Bxl and Groovalizacion Radio. 3 songs of the day; an edit by producer M.Rux, inspired by a Moroccan gnawa folk song, a new tune by Kokoko! and a special song by La Reunion singer Maya Kamaty. 4 albums of the month: ‘Wasalala’ by Madalisto band from Malawi on Bongo Joe records, sweet polyphonic babatone music from southern Africa. Also new a compilation of live recordings made in Amsterdam venue OCCII, with a vibrant mix of African artists as well as free jazz and punk, a collaboration between OCCII, Rebel Up, Red Wig and Makkum records. New EP by Palestinian electronic duo Zenobia on the new Acid Arab label via Crammed Discs, electro dabke sounds and the new album by duo Grupo JeJeJe on Discos Rolas label, where futuristic sonidero cumbia from Mexico clashes with Egyptian, Mesopotamia and Aztec sounds. Closing the show with our monthly Agenda + a few Soundclash tunes. Download here: https://bit.ly/2vYZpVF

his friday, double action in Brussels.

Starting in the Magasin 4 with the concert of Ifriqiyya Electrique and Osilasi with Rebel Up Nightshop dj’s as support.

Adorcism. Your personal DEMON possesses your BEING, and this for ALWAYS.
IFRIQIYYA ELECTRIQUE is a project apart. More than a concert, it is the true adorcist ritual of Sidi Marzûq practiced by the Banga community. Music recomposed with electric guitars, traditional instruments and computers, a transcendental and post-industrial ceremony.
www.ifriqiyya-electrique.org
video

Duo made up of Léa Roger (Guili Guili Gulag / Félon) and Célia Jankowski (Vitas Guerulaïtis / Flies Rattle / collective H.A.K.). Influenced as much by traditional music as by experimental music, OSILASI creates a narration with extensible contours, playing on sound dynamics, rhythmic shifts and modulation in repetition. Their music oscillates between interiority and physicality, always in tension, always on the wire. “One can refer to a fine blend of post-velvet experimentation, spiritual free jazz, French folk prog and Malinese music, but that would equally distract one’s attention from their wild beauty and imagination.” (Kraak Festival)
https://soundcloud.com/osilasi
video

the same night, Rebel Up SebCat will spin at the Cafe Maison du Peuple, together with Colombian Brussels dj Sudakah.

Expect a flurry of cumbia, afro latino bass, colombian sounds, afrobeats and much more.
FREE IN

This thursday 28 june, 2 events with Rebel Up tunes 🙂

Music-o-Jardin brings summer vibes to the Elzenhof garden in Ixelles.
Come and enjoy the sun and music with cocktails, kids animation and catering by Our House. Free in!

and afterwards, playing at the Demarrage IV night in C12 venue. a free party night, also to celebrate the end of the student exam period.

Theme of the night is DJ set in different BPM tempo’s, changing every hour, with a big array of Bxl & BE dj crews, such as Rebel Up, Mentality, Slagwerk, Under My Garage, Deep in House, Break The Silence, Dar, Lait de Coco and more.

Rebel Up SebCat will do 45mins from 100 to 120 BPM, expect lots of cumbia, dancehall, bass, gqom and afrohouse 🙂

Free in, see you there!
FB Event

2 years celebration of Le Phare du Canal cafe in Molenbeek.
After the Phare-West for our first year anniversary, the Phare-Niente is coming and will bring you into a “caliente” summer!

To celebrate Le Phare, its loyal clients and sailors, Molenbeek, its inhabitants and its canal, we are waiting for you on Saturday the 30th of September for a crazy day, evening and night with live music & DJ’s such as Rebel Up.  Free in 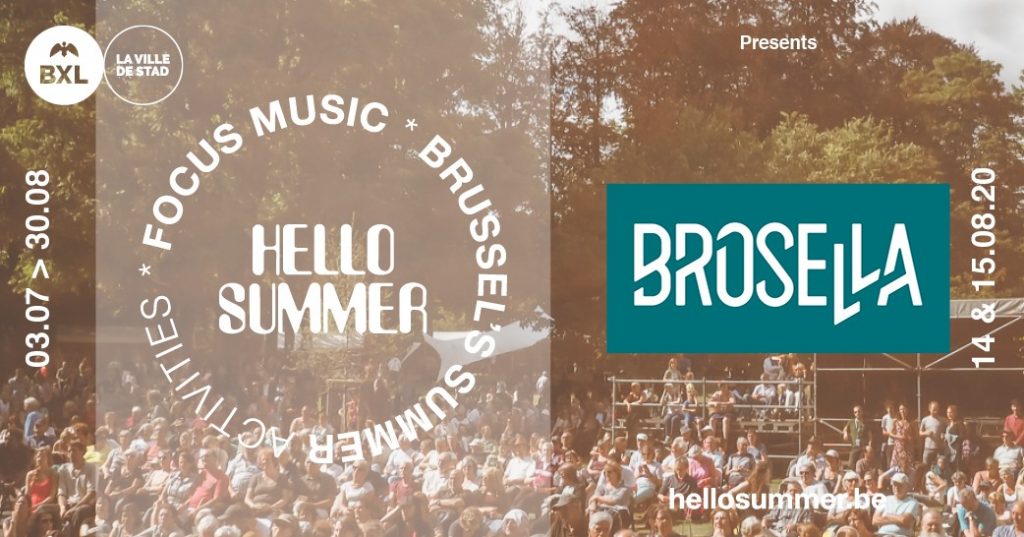