Bandcamp is again kindly waiving their fees for 24h during May Day, so that artists can receive more money with their digital music sales or merch.

At Rebel Up we combined this with a 15% discount action that will run for the whole weekend until sunday midnight 25 May. Check our Bandcamp page and claim your discount.

And we have another May Day special >

a new digital only release on our label by Satanique Samba Trio titled “Instant Karma”.

Satanique Samba Trio’s most recent release WAS SUPPOSED TO BE the first liquid album in history: taking advantage of the short-lived exposure provided by Instagram Stories, your favorite Brazilian experimental quintet (yes, quintet), known for its brief-but-complex-deconstructed-Brazilian-rhythm-pieces, presented the world with a 15-second lo-fi tune every day throughout the month of February 2019. It’s a true trip into the tropi-concrete world of SS3.

In accordance with Instagram Stories’ rules, each song was available online for exact 24 hours, only to disappear FOREVER, leaving a faint sketch of Brazil’s musical diversity on the ethereal surface of your memory. Ground breaking, right? Yeah, but only for a year or so, as illegally downloaded versions of the tunes started to pop up around the Russian web.
Well, it was fun while it lasted.

The good news is now you can have Instant Karma in your HD as a chock-full digital package. Let it drip.

Satanique Samba Trio: it’s not really a trio and they don’t play samba but they are quite satanic…. this mythical Brazilian band from the capital Brasilia performs funny, pertinent and surprising sound collages, an ongoing investigation into the aesthetic deconstruction of Brazil’s most popular musical traditions.

Friday September 13th, 2019 will be remembered in Music History for the release of their new 10inch vinyl “Mais Bad”, a conceptual sequel of the 2015 release “Mó Bad”. “Mais Bad” is a new collection of low fidelity bagatelles, forged into existence by Satanique Samba Trio’s thirst for aesthetical deconstruction. All instruments in this 10-track vinyl have been recorded with the same cheap cell phone from the early 2000’s. It is meant to sound desperate, harsh and absolutely surreal. A little over the top, maybe? Yeah, but hey: that’s just how a country in crisis should look and sound like. Right?

Mezrab presents an evening of Global Fire from the underground!

SARA HEBE (Argentina) – Rap, Cumbia, Electro, Punk, Baile Funk
Sara Hebe is an invitation to bounce, jump, raise your fists, to cumbia-shake your hips and butts, to rock and groove. Her strong voice and powerful stage performance make her to one of the most remarkable female artists from Latinamerica. Together with beatmaker and multi-instrumentalist Ramiro Jota and drummer Edu Morote she turns every venue and festival upside down.

MAGA BO (Brazil/Usa)
Rio de Janeiro-based DJ/producer is a veteran pioneer of global bass music, with 20+ years of dedicated experience searching out unheralded music bumping from speaker-boxes in the world’s grittiest corners, from Addis Ababa to Zanzibar. Tonight at the Mezrab!

Giraffes, penguins and other global party animals, get ready! An amazing musical globetrotter will bring us the perfect vibes to go with this tropical Belgian summer!

Relentlessly traveling the world as DJ, producer and ethnomusicologist, MAGA BO is on tour in Europe this summer and will make a stop at L’uZinne. His performances are so eclectic and impregnated with so many musical cultures that we cannot predict what will happen. All we can say is that he knows hundreds of ways to make us sweat 🙂

But that’s not all! Four other global DJ’s will also guide you through this global underground trip: LeBlanc from Rebel Up, Radio Frappè, Dragan and Le Grand Méchant Loop.

Expect also to get lost in a crazy labyrinth set up by HeyLàBas and to enjoy a nice pay-as-you-like meal prepared by Up Cooking.

〰🔅〰 MAGA BO (Rio de Janeiro) 〰🔅〰
Maga Bo is an internationally acclaimed musician and dj working with a collision of styles, sounds, location recordings from all continents and beats that have yet to be classified. Naturalized in Brazil, he has worked in over 40 countries in Africa, Asia, North and South America and Europe including performances at major festivals such as the Sydney Festival in Australia, an official showcase at WOMEX in Copenhagen, The Chicago World Music Festival, Club Transmediale in Berlin and the RIFF festival in Jodhpur, India. His collaborators range from Mulatu Astatke, Issa Bagayogo, to Marcelo Yuka and BNegão to Dr. Das (Asian Dub Foundation) and Kalaf (Buraka Som Sistema). In 2010 alone, he shared the stage with Tony Allen, Yousou N’dour, Buraka Som Sistema, Choc Quib Town, and Staff Benda Bilili. His music has been released on Tru-Thoughts, Ninja Tune, Soot Records, WordSound, Cumbancha, African Dope Records, numerous compilations as well as film and television soundtracks.
https://soundcloud.com/magabo
https://www.youtube.com/user/magabo

〰🔅〰 Radio Frappè 〰🔅〰
Maastricht originated project, the duo from Radio Frappè is now settled in Brussels to spread the good vibes. Radio hosts, event curators and DJs, they will make you bounce on the global sounds that make their universe: from brazilian mpb and sambass to heavy african rythms, from tasty dub to carribean melodies, Radio Frappè will make you travel through time and space, and deconstruct the notion of borders.
https://www.mixcloud.com/RadioFrappe/

〰🔅〰 Dragan (Radio Panik) 〰🔅〰
Since the age of 16, Dragan has been listening to and playing a broad range of genres, from jazz to techno, from afrodisco classics to global beats. Not belonging to any particular tribe, he shares a sense of freedom and escapism with some of his heroes such as Dj Marcelle and Lefto. After his break, he’s been busy spinning in various places such as Urban Spree Berlin, Esperanzah! festival, Vk Concerts, LaVallée, Giraffes and Penguins, Bonnefooi… Every first Saturday of the month, Dragan hosts a show on Radio Panik 105.4 FM, named Flux Tendu. As the name suggests, this is an exploration through thin relations between tracks, a sort of musical cadavre exquis.
mixcloud.com/VanMarkic/
radiopanik.org/emissions/flux-tendu/

〰🔅〰 Le Grand Méchant Loop 〰🔅〰
“I prefer to make the little pigs dance rather than eat them!”
Le Grand Méchant Loop is global underground DJ and percussionist based in Brussels. He shares his passion for global music through the Giraffes & Penguins events that he has been organizing since 2017. He will take us on a surprising journey, spiced up with live percussion, where the genuine sounds of kologo, zurna, ferrinho and gwoka blend to create the kind of groove that can only be explained on a dancefloor!
https://www.facebook.com/LeGrandMechantLoop/videos/881961011963103/
https://www.mixcloud.com/LeGrandMechantLoop/groovy-trip-1/

Come with lots of energy and bring your craziest moves 🙂 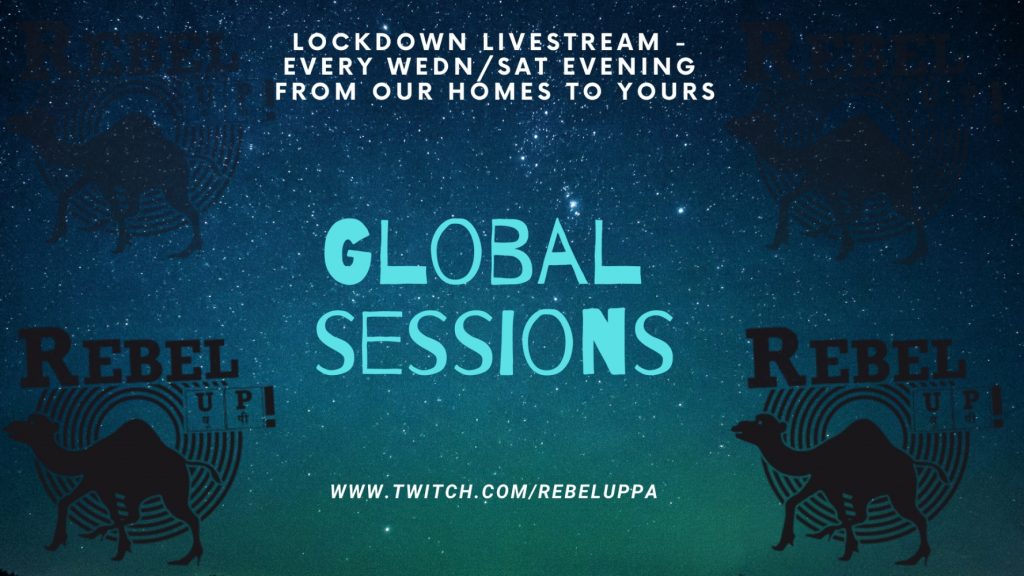 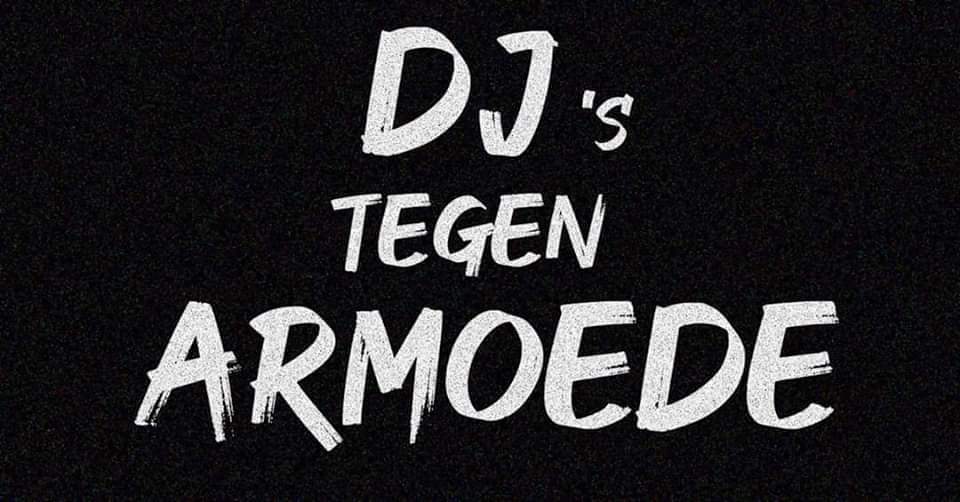