Festa Afro Tuga started in 2016 by the NGHE Mediatheque and Rebel Up as a party in Brussels to celebrate Afro Portuguese music culture, with guests DJ’s from Celeste Marisposa, Principe Discos label and live artists from the Afro Portuguese diaspora. 5 epic & wild editions were held so far in various Brussels venues. This edition in the new Recyclart in Molenbeek melts together with the Nightshop concept as an Angolan special. Gente sabi, puxa!

CelesteMariposa (AO/PT / Lisboa)
is a DJ from Lisbon who has been known for unconventional sets since 2010: rare vinyl pearls from the Lusophone (‘Portuguese-speaking’) African music, inspired by African ‘bailes’ from the 5 former Portuguese colonies (Angola, Cape Verde, Guinea Bissau, Mozambique, San Tomé & Principé). Most of these recordings are totally unknown in the West but afrobaile is the hot swinging cradle of any kind of groove. A powerful selection from instrumental Cape Verde funana to the raw Angolan merengue and semba, as well as gum from Guinea Bissau and Mozambique marrabenta. Simply irresistible.
https://soundcloud.com/celestemariposa

Diron Animal (AO/PT)
Nirox Romao aka Diron Animal brings infectiously rhythmic dance music from the Angolan ghettos, fusing electronic production with traditional music. He is an ex-member of rock kuduro band Throes + The Shine where he played for several years and released his debut album ‘Alone’ in 2017 on the British Soundway label. Now his 2nd album ‘Pair’ has been released on Rebel Up Records just before summer, so his set is a true first premiere for Brussels! He will perform as a power trio, aided by percussion and guitar.
https://dironanimal.bandcamp.com

Lua Preta (AO/PL)
Angolan/Polish duo consisting of vocalist/MC Ms. Gia of Angolan descent and experienced Polish DJ and producer Mentalcut. Together they bring the frenetic mixture of modern electronic music and African genres characteristic not only to Ms. Gia’s native Angola but also to the whole continent – including kuduro, afrohouse, gqom and more. They released various EP’s and remixes in the last 2 years and are now awaiting their forthcoming EP “Polaquinha Preta”.
https://soundcloud.com/luapreta

DJ Nervoso (STP/ Lisboa)
Nervoso was born in São Tomé and Príncipe, but based around Lisbon for more than 2 decades now. As the godfather of the Príncipe label, he is well known for a bare bones approach to rhythm, working the basic hypnotic feel of pounding drums to mesmerizing effect in his permanent quest to make people move. His sound is meant to unite, not divide, the dancefloor. Even before he started producing, Nervoso was quick to perceive that some people were alienated in parties where Angolan kuduro got played, for the simple reason they didn’t command the specific moves associated with the style or its variations. So his production focused on adapting the beats of this much-loved dance music, changing the codes for a more inclusive experience. Some call it techno.
https://principediscos.bandcamp.com/album/dj-nervoso

+ recup snacks by NGHE during the night

Are you ready? vamos emborra!!! 🙂
Not to be missed, we guarantee. 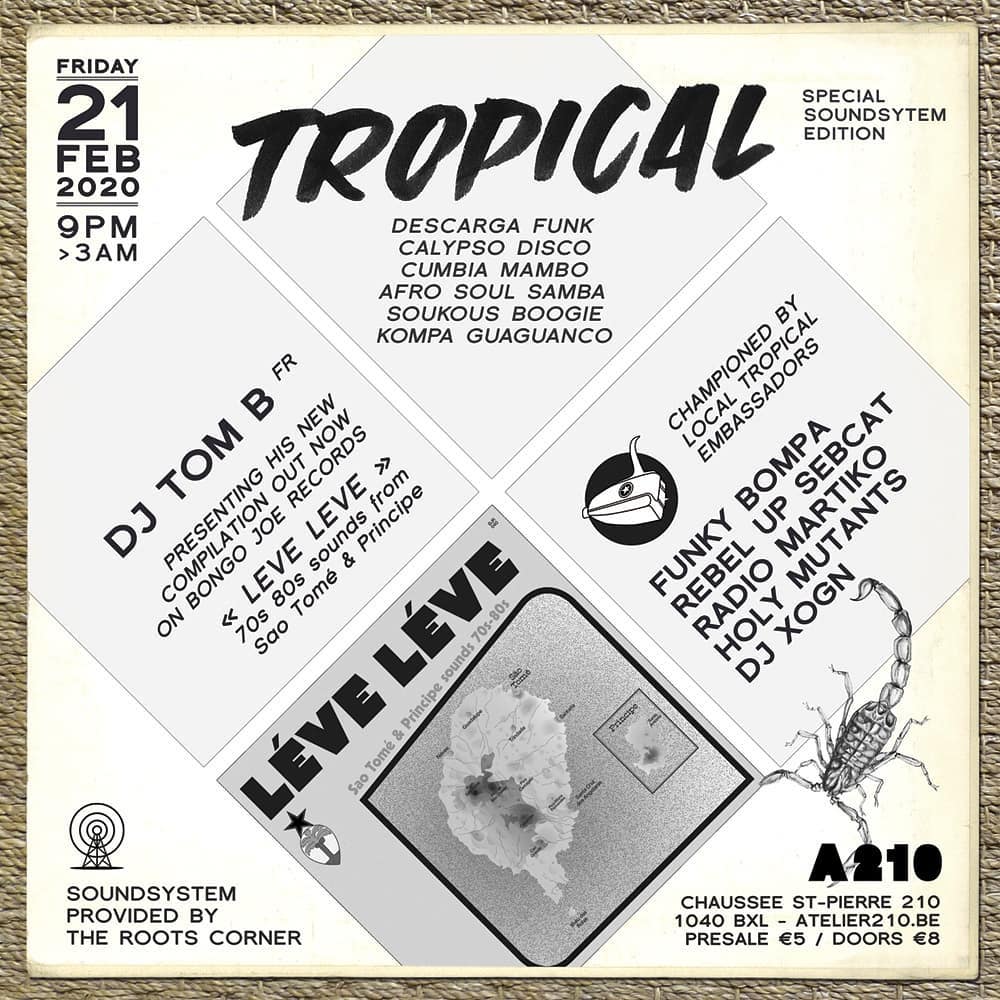