Hello all,
best wishes from Rebel Up for this new year. We hope you had a nice and relaxing xmas.

Until friday 10 january we have a XMAS & NEW YEAR sale on at our Bandcamp page.
25% discount on all items!

Tinariwen is a group of Malian Tamashek musicians, who were formed in the early 1980s in a Libyan refugee camp. Their hypnotic desert blues is just as unpleasant as it is enchanting. Expelled from their nomadic existence, they sing about political awareness, oppression and freedom.

In 2002 Tinariwen put the African desert rock on the (world) map with the album ‘The Radio Tisdas Sessions’. Since then, members of Tinariwen have released eight more albums, played at festivals such as Glastonbury, Coachella and Roskilde, and have won multiple awards, including a Grammy for Best World Music Album.

Festa Afro Tuga started in 2016 by the NGHE Mediatheque and Rebel Up as a party in Brussels to celebrate Afro Portuguese music culture, with guests DJ’s from Celeste Marisposa, Principe Discos label and live artists from the Afro Portuguese diaspora. 5 epic & wild editions were held so far in various Brussels venues. This edition in the new Recyclart in Molenbeek melts together with the Nightshop concept as an Angolan special. Gente sabi, puxa!

CelesteMariposa (AO/PT / Lisboa)
is a DJ from Lisbon who has been known for unconventional sets since 2010: rare vinyl pearls from the Lusophone (‘Portuguese-speaking’) African music, inspired by African ‘bailes’ from the 5 former Portuguese colonies (Angola, Cape Verde, Guinea Bissau, Mozambique, San Tomé & Principé). Most of these recordings are totally unknown in the West but afrobaile is the hot swinging cradle of any kind of groove. A powerful selection from instrumental Cape Verde funana to the raw Angolan merengue and semba, as well as gum from Guinea Bissau and Mozambique marrabenta. Simply irresistible.
https://soundcloud.com/celestemariposa

Diron Animal (AO/PT)
Nirox Romao aka Diron Animal brings infectiously rhythmic dance music from the Angolan ghettos, fusing electronic production with traditional music. He is an ex-member of rock kuduro band Throes + The Shine where he played for several years and released his debut album ‘Alone’ in 2017 on the British Soundway label. Now his 2nd album ‘Pair’ has been released on Rebel Up Records just before summer, so his set is a true first premiere for Brussels! He will perform as a power trio, aided by percussion and guitar.
https://dironanimal.bandcamp.com

Lua Preta (AO/PL)
Angolan/Polish duo consisting of vocalist/MC Ms. Gia of Angolan descent and experienced Polish DJ and producer Mentalcut. Together they bring the frenetic mixture of modern electronic music and African genres characteristic not only to Ms. Gia’s native Angola but also to the whole continent – including kuduro, afrohouse, gqom and more. They released various EP’s and remixes in the last 2 years and are now awaiting their forthcoming EP “Polaquinha Preta”.
https://soundcloud.com/luapreta

DJ Nervoso (STP/ Lisboa)
Nervoso was born in São Tomé and Príncipe, but based around Lisbon for more than 2 decades now. As the godfather of the Príncipe label, he is well known for a bare bones approach to rhythm, working the basic hypnotic feel of pounding drums to mesmerizing effect in his permanent quest to make people move. His sound is meant to unite, not divide, the dancefloor. Even before he started producing, Nervoso was quick to perceive that some people were alienated in parties where Angolan kuduro got played, for the simple reason they didn’t command the specific moves associated with the style or its variations. So his production focused on adapting the beats of this much-loved dance music, changing the codes for a more inclusive experience. Some call it techno.
https://principediscos.bandcamp.com/album/dj-nervoso

+ recup snacks by NGHE during the night

Are you ready? vamos emborra!!! 🙂
Not to be missed, we guarantee.

Sakili’s music reflects the history of Rodrigues Island, combining European and African influences: waltz, polka, mazurka, schottische, they all blend harmoniously to the rhythms of sega drumming, traditional from the times of African slaves. Moreover, as globalization also influences the vast expanses of the Indian Ocean, there are of course, in some of the songs, elements of overlap with the western world or more recent preoccupations.

The Creole sega is sensual music and dance, with African influences, which was, in origin, a cultural form of resistance by slaves against the colonial rulers, but the culture turned little by little into a ritual that has in the end become rooted in tradition and lastingly incorporated in the way of life. The style of performance, sega drumming, is a vibrant mixture of music, consisting mainly of percussion, sin or status.

The Trio Sakili comprises three major ambassadors of Rodrigues sega: Vallen Pierre Louis is a banjoist well known and highly appreciated on the island. Francis Prosper belongs to one of the most important musical clans of the island and is without any doubt the best traditional percussionist and provides, with his warm timbre, the powerful voice of Sakili. Third in the line-up, Ricardo Legentile plays the accordion, the leading local melodic instrument, a heritage of the multiple influences on the island. The repertoire and the subtleties of his playing technique have been handed down from father to son for several generations of the family, while his mother, Yolande Legentile, belongs to the famous singers, the Mareshals of Sega in Rodrigues.

Afterparty in foyer by Rebel Up SebCat & Drache Musicale. Also stand by NGHE Mediatheque with special cassettes between maloya and sega.

This wednesday evening, NGO Amigos de Moçambique invite you all to come and dance to Lusophone African music served by Rebel Up DJ’s Sebcat & LeBlanc and DJ Mukambo with live percussion by Rojah Lao.

There will also be a photo & art exhibition, plenty of drinks and room to talk about what happened in Mozambique. The evening starts at 20h with a drink and the vernissage of the expo.

entry: 10 €
All revenue will go to an association in Beira (Mozambique) to help rebuild the country after the devastating floods & winds caused by cyclone Idai.
Help the victims of the cyclones in Mozambique. Come with lots of friends.

If you can’t come you can still help financially to: BE53 3101 6265 6053 in the name of asbl/vzw Amigos de Moçambique.
Muito obrigada. Kanimambo. Ko shoukoura! 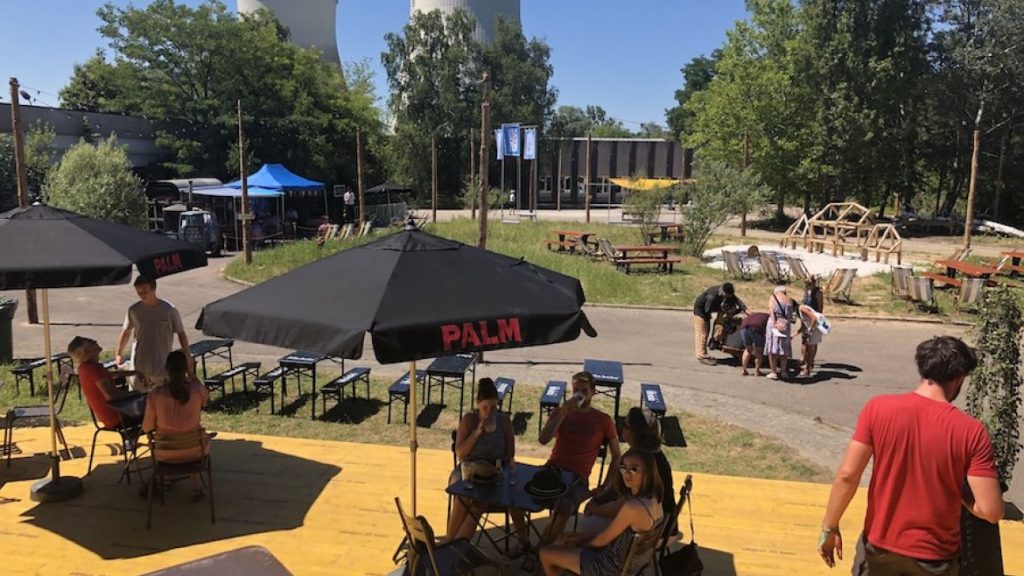